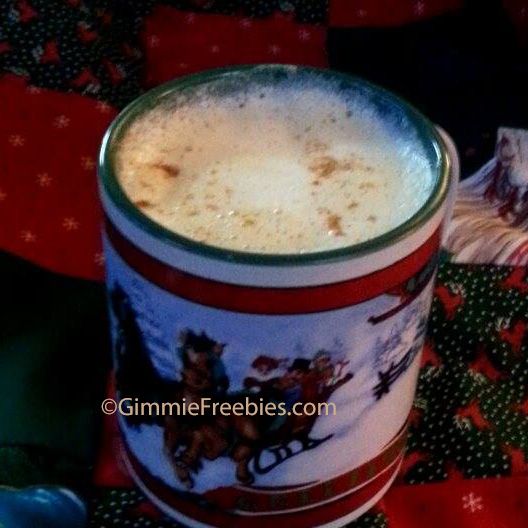 Nothing warms you up on a cold winter night like a hot toddy, hot buttered rum, mulled cider or eggnog. But, here in the Midwest “Tom and Jerry” are all the rage! They’re not cheap though, so here’s how you can make your own with our Tom and Jerry Batter Recipe.

Years ago, alcoholic drinks served warm used to be thought of as having medicinal, healing properties.  My grandma would drink a “hot brandy” – brandy mixed with hot water and a spoonful of sugar – before bed when she wasn’t feeling good.  She thought it helped her relax, get warm and get some sleep.

Tom and Jerry Batter is non-alcoholic, but is traditionally served with rum and/or brandy. Being very “eggy” tasting, not everyone likes them. But, for those who do – the holidays just aren’t the same without them. Even my little girl loves the batter (without liquor, of course!!) The NYT calls Tom and Jerry a “relative of eggnog.”

Tom and Jerry Batter is sold in grocery and liquor stores in the Midwest during the holidays. You can usually find it in the store in the dairy aisle. But, Tom and Jerry Batter can cost upwards from $5 or more for a single container!! You only use a few spoonfuls per cup, but it still adds up fast.  So, save some money this Christmas and make your own Tom and Jerry Batter!  It’s easy and cheap!

Store it for later

To store Tom and Jerry mix, keep in refrigerator for up to 14 days, or three months frozen.

Tom and Jerry batter is the perfect accompaniment to a Hot Toddy style drink enjoyed prmiarily in colder months, and for Thanksgiving and Christmas! Mix with Rum or Brandy for an adult-drink that will warm you up fast.

To make a traditional Tom and Jerry drink: